AGM X3 review: Fast and rugged, but not for photographers

Think smartphones, and you don’t tend to think “durable”. There’s a reason that we tend to view people who use their phones without cases as crazy mavericks who are prepared to gamble everything.

But there’s a small subgroup of smartphones that wear their ruggedness on their figurative sleeve. If you want military-grade ruggedness, you can have that, although you usually pay the price in terms of looks and weak internal specifications.

The AGM X3 looks to flip both of those on its head – and it does so at a price that's pretty impressive, considering the technology on show.

AGM X3 review: What you need to know

The AGM X3 is the follow up to the AGM X2 – but that didn’t get an official UK release, meaning you’d be without warranty should things go wrong. With a rugged phone that seems less likely, but it’s nice that AGM is providing extra protections with official British support. 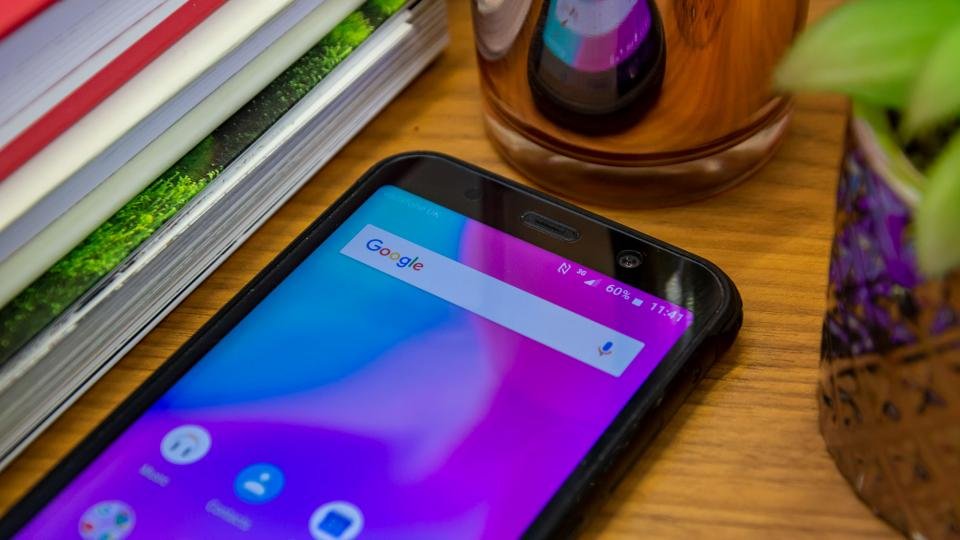 While most rugged devices have so-so specifications, the AGM X3 is up there with the flagships of last year: a Qualcomm Snapdragon 845 powers the phone, backed up by either 6GB or 8GB of RAM and powered by a chunky 4,100mAh battery. As well as MIL-STF-810G certification, providing guarantees against bumps and drops, it can survive temperatures of between -25°C and 55°C, and has full IP68 certification for water and dust resistance. Despite this, it still manages little niceties such as wireless charging and dual JBL speakers.

Such specifications could spell a big price, but this is a Chinese phone we’re talking about and as such prices aren’t too bad at all, especially compared to the wider market. The model with 6GB of RAM and 64GB of internal storage sells for £560, while the 8GB/128GB version goes for £600.

That makes it a touch cheaper than the middling but rugged Land Rover Explore, which goes for £600 with far weaker internal specs. The CAT S61 has similar rugged credentials but goes for even more at £799. 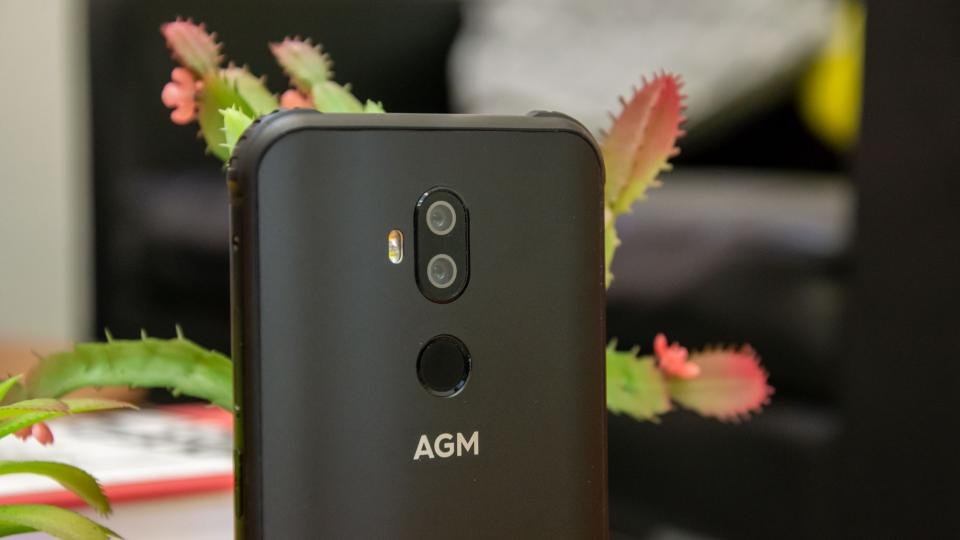 If you don’t care about the ruggedness, you can get a Snapdragon 845-powered device for cheaper, of course. The OnePlus 6T goes for £499, or £529 if you want to match the 8GB of RAM on the more expensive AGM X3. The Pocophone F1 packs a Snapdragon 845 for even less money, selling for just £329. Obviously, neither pack the rugged credentials on display here, but if you value savings more than solidity, it’s an easy choice to make.

For a rugged phone, the AGM X3 is – at a glance – surprisingly normal looking. Yes, at 10.9mm thick it’s a little on the chunky side in modern terms (most flagship handsets are around 7-8mm thick) and the four shock-absorber bumpers on the corners are certainly distinctive, but it doesn’t scream “rugged” in the way that some of its rivals aim to. This is a more subtle take on practicality and it’s all the better for it.

Despite being made out of an aircraft-grade aluminium alloy – a material specifically engineered to be light enough to defy gravity – the AGM X3 feels quite a bit heavier than most handsets I’ve used recently and, sure enough, it tips the scales at 218g. For reference, the big Samsung Galaxy Note 9 phablet is 201g. 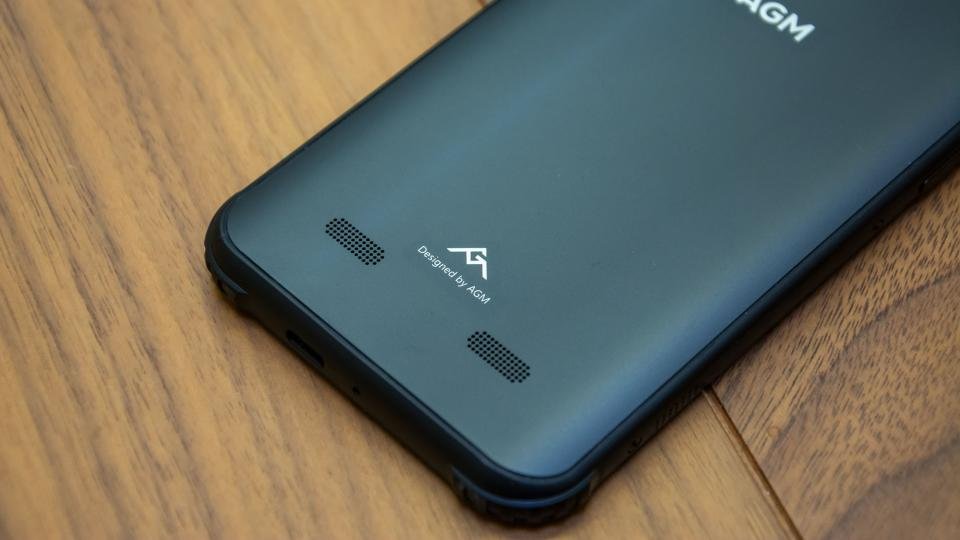 Another clue that you’re not dealing with the latest beautiful handset comes when you turn it on and find out that the bezels really are thick by 2019 standards. Including the bumper frame, the chin and forehead of the phone hit the 15mm mark, and the sides reach 5mm. These are small in the wider scheme of things, but they’re noticeable if you’re used to having more screen space.

Still, it looks smart enough and has pretty much every extra feature you could hope for. There’s a fingerprint reader on the back, and it supports either two SIM cards, or a single SIM and a microSD card to accompany the 64/128GB of internal storage. The 4,100mAh battery supports Qualcomm Quick Charge 3.0, but the device also supports 10W wireless charging. There’s no room for a 3.5mm headphone jack – but rugged phones have a better excuse for that than everyone else, given their waterproof credentials.

Speaking of which, for rugged phones the most important features are the ones you can’t see and here the AGM X3 delivers in spades. It has MIL-STD-810G testing, meaning it's passed a number of tests: it’s been dropped 1.21m 26 times, been exposed to temperatures of -25° and 55°c for a four-hour call test, sprayed with salt fog for 96 hours, vibrated at 10-500Hz for two hours and kept at -30°C for 24 hours. It also has IP68 protection, meaning it can be submerged up to 1.5m underwater without suffering any ill effects. 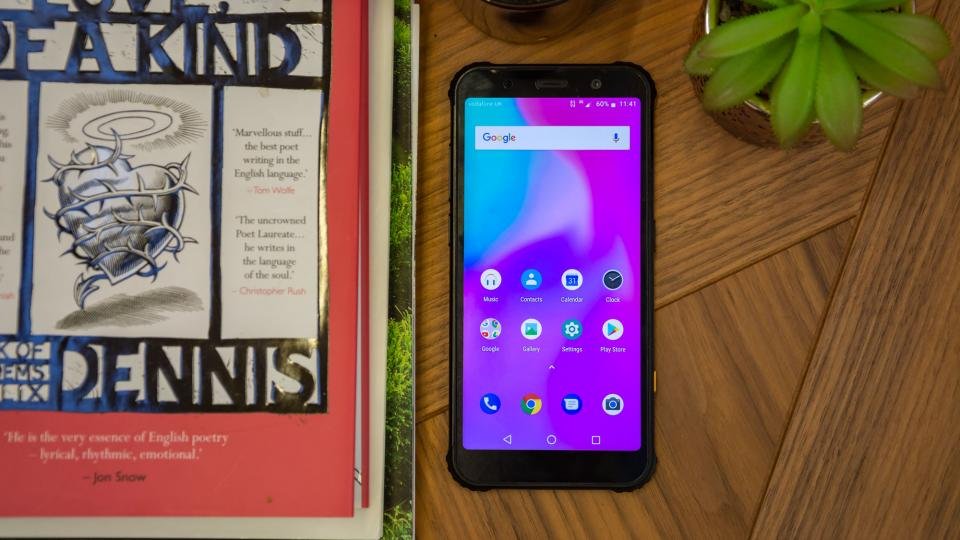 With all that ruggedness, it’s somewhat disappointing that the factory-installed screen protector on my review unit developed quite a few unsightly scratches after a couple of days in my bag to and from the office, but these cosmetic imperfections did at least do a good job of protecting the display.

A little disappointingly, the AGM X3 eschews OLED tech for a more power-hungry IPS panel. It’s also a standard 1080p display, rather than 2K or even higher, but frankly that’s fine on a 5.9in screen such as this: you still get a perfectly sharp 409 pixels per inch.

And as far as LCD screens go, this is a pretty good one. The colours are a touch saturated, but it’s pretty good for general use and web browsing with 95% sRGB coverage, aided by a generous 1,262:1 contrast ratio. By our measurements, it reached a peak brightness of 510cd/m², which is perfectly bright for any adventures where you might be pushing the phone’s ruggedness to the limits. There are better screens available, but not on a rugged phone such as this.

Unusually for a rugged phone, the AGM X3 is packed to the gills with top-end tech. You’re not just getting Qualcomm’s 2.8GHz octa-core Snapdragon 845 processor – which was until recently the fastest option available for non-Huawei or Samsung Android phones – you’re getting 6GB or 8GB RAM of and either 64GB or 128GB of storage, depending on whether you can put another £40 down.

To be clear, the sample I’m using here is the 8GB model but in my experience, the benchmark difference between 6GB and 8GB with smartphones is small enough to basically be a rounding error.

Anyway, this means that the AGM X3 performs just as brilliantly as you’d expect in day to day use with no slowdown and smooth switching between apps. This is borne out by the benchmarks, as you can see in the chart below.

It’s the same story with the graphical test, but with an even bigger drop off for Land Rover.

In short, the AGM X3 will handle everything you throw at it with no difficulty at all. And, given its rugged credentials, that will broadly apply in the literal sense, too.

The one blot on the AGM X3’s copybook is battery life. While the phone packs a larger than usual 4,100mAh capacity cell, our battery test found it distinctly average, with it managing just under 13 hours before giving up.

As you can see, that’s weaker than both the 4,000mAh Pocophone and the 3,700mAh OnePlus 6T. I can only assume the decision not to include an AMOLED screen has led to more battery drain than its rivals.

That may be a big deal for you if you want the AGM X3 for its rugged wilderness potential, where chargers may not be in great supply. The only consolation is that the Land Rover Explore’s 4,000mAh battery fared even worse – although it did ship with an Explore Pack that adds an optional extra 3,620mAh battery and a larger GPS antenna to compensate.

Things slip a bit further with the camera. On paper, the specifications look fine: it’s a dual camera array with a 24-megapixel, f/1.8 aperture main camera supported by a 12-megapixel second snapper. 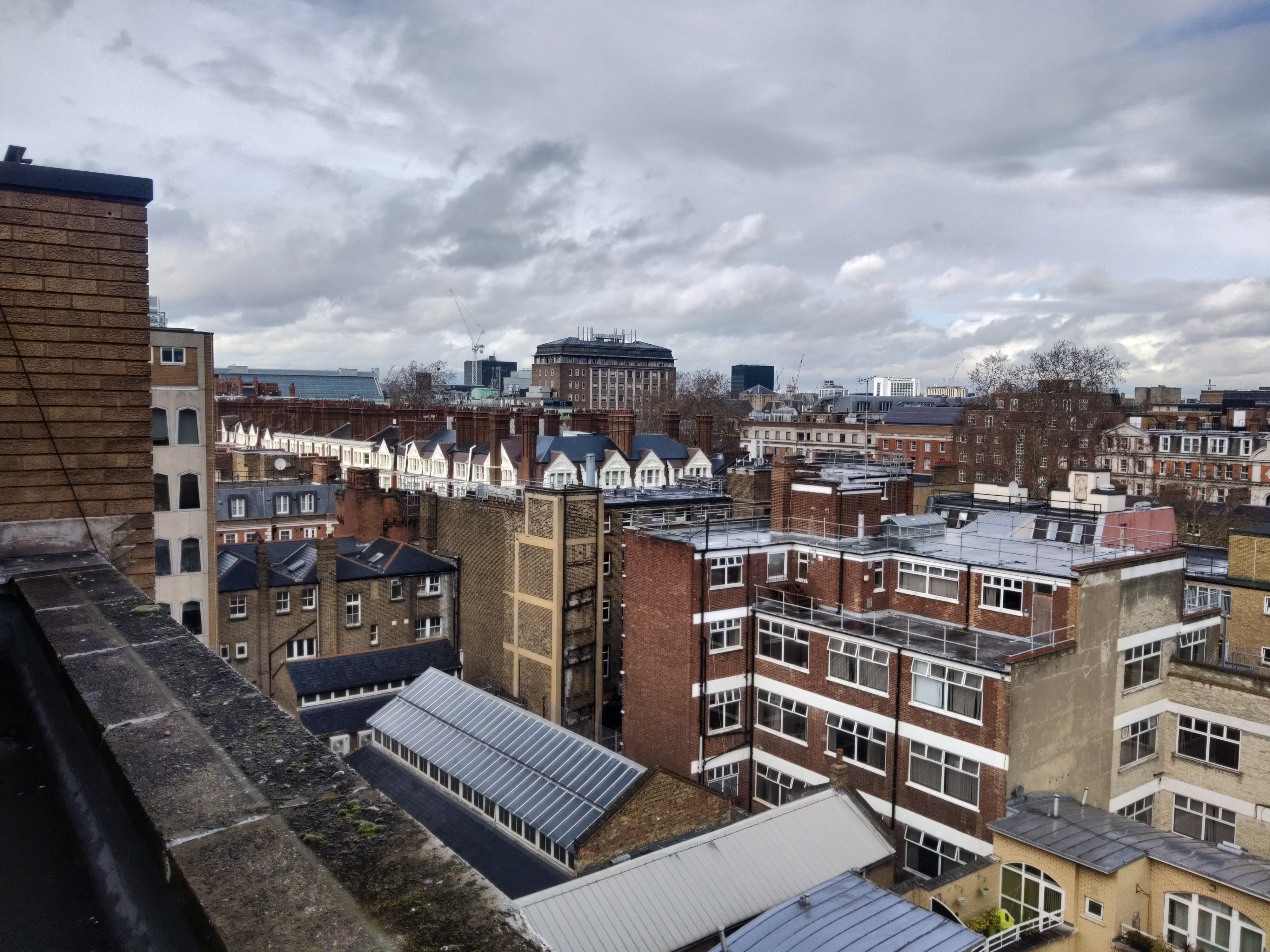 Bluntly, compared to the £100 cheaper OnePlus 6T, it’s just no contest. While outdoor shots look fine from a distance, zoom the two in side by side and you see that the images from the AGM X3 are just way too soft with lots of detail lost to smearing that makes the lens look like it’s coated in Vaseline. 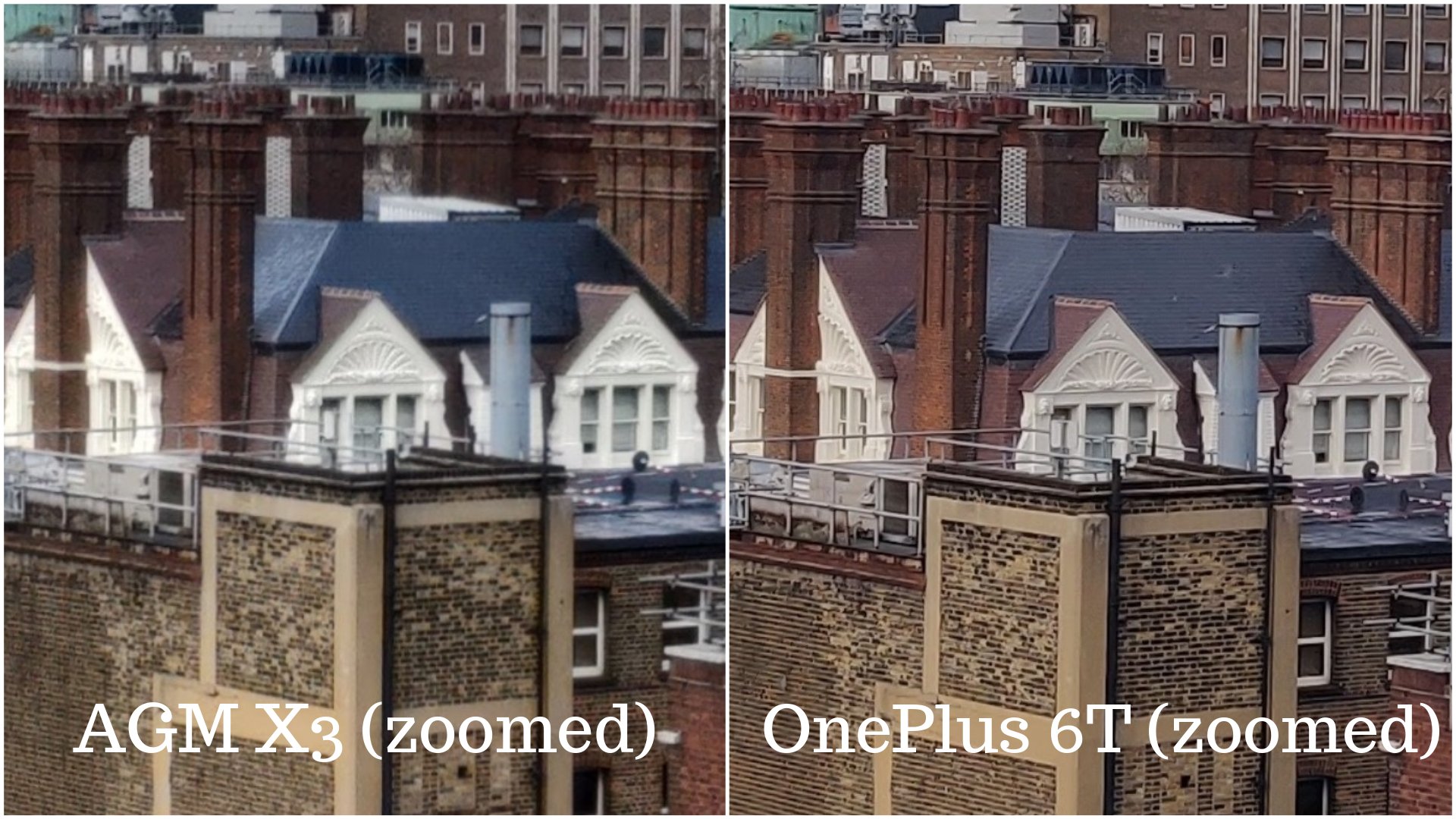 The problem is even more pronounced indoors, visible from a full-size picture, but even more clear when zoomed in. All the texture of the wood in the mannequin's hand is lost. As you can see, this is mostly down to the high ISO selected by the phone, but, astonishingly, there’s no manual mode to fix that. You’re stuck with the basics, and it really is basic, with next to no extra settings to play with at all.

Worse still, if you take the AGM X3 on some wild adventures where its ruggedness will pay off, you won’t be capturing incredible footage. It’s capped at 1080p for a start, but even at that non-4K resolution, it provides no stabilisation and only manages 30fps. The OnePlus 6T, on the other hand, has no trouble capturing 4K video, stabilised at 60fps.

That’s a disappointing sting in the tail. If you’re the kind of person who needs a rugged phone, chances are you have some stories to tell that could really be boosted by a camera to capture the moment. In that respect, the AGM X3 is a letdown and you’re better off getting something a bit more fragile.

But, in every other respect, it’s a winner. Not only is it faster than its rugged opposition, but it looks a whole lot more stylish, too. And while its battery life is a touch disappointing, it still has enough stamina to comfortably get through a day. If you want a phone that’ll survive the elements but don’t want to compromise on power, look no further than the AGM X3.